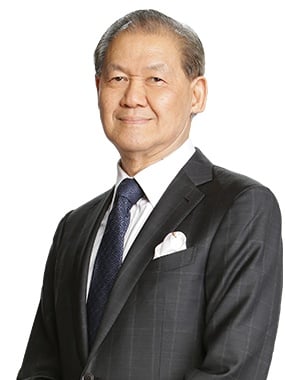 Mr Rolando C Gapud has over 45 years of experience in banking, finance and general management, having worked as CEO of several Philippine companies, notably Security Bank and Trust Company, Oriental Petroleum and Minerals Corp and Greenfield Development Corp. He was also the COO of the joint venture operations of Bankers Trust and American Express in the Philippines. He has served in the Boards of various major Philippine companies, including the Development Bank of the Philippines, the development finance arm of the Philippine Government. Mr Gapud is the Chairman of the Board of Del Monte Foods, Inc, DMPL’s US subsidiary, and Executive Chairman of Del Monte Philippines, Inc, DMPL’s Philippine subsidiary. He is also a Director of FieldFresh Foods Private Ltd, a joint venture of DMPL with the Bharti Group of India. He holds a Master of Science in Industrial Management degree from the Massachusetts Institute of Technology. He is a member of the Asian Executive Board of the Sloan School of MIT and the Board of Governors of the Asia School of Business, a joint venture between the Sloan School of MIT and Bank Negara, the Central Bank of Malaysia. 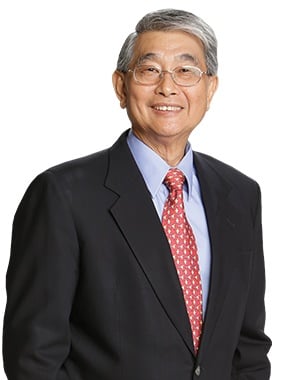 Mr Benedict Kwek Gim Song is a Director of Del Monte Foods, Inc, DMPL’s US subsidiary. Mr Kwek was Chairman of previously SGX-listed Pacific Shipping Trust from 2008 to 2012. He was also a Director and Chairman of the Audit Committee of listed companies including Ascendas REIT. He has over 30 years of banking experience, having served as the President and CEO of Keppel TatLee Bank. He has held various key positions at Citibank in the Philippines, Hong Kong, New York and Singapore. He holds a Bachelor of Social Science (Economics) degree from the then University of Singapore and attended a management development programme at Columbia University in the United States.
MR GODFREY E SCOTCHBROOK
Independent Director, 74
Appointed on 28 December 2000 and last re-appointed on 17 August 2018 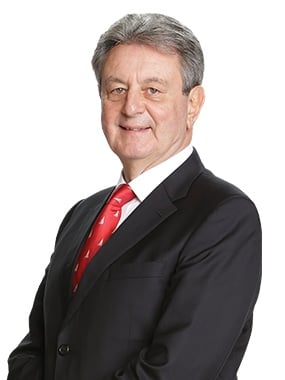 Mr Godfrey E Scotchbrook is an independent practitioner in corporate communications, issues management and investor relations with more than 50 years of experience in Asia. In 1990, he founded Scotchbrook Communications and his prior appointments included being an executive director of the then publicly listed Shui On Group. A proponent of good corporate governance, he is an Independent Director of Boustead Singapore Ltd and a Non-Executive Director of Hong Kong-listed Convenience Retail Asia. He is a Fellow of the Hong Kong Management Association and also of the British Chartered Institute of Public Relations. He is also a Director of Del Monte Foods, Inc, DMPL’s US subsidiary, and of Del Monte Philippines, Inc, DMPL's Philippine subsidiary. Mr Scotchbrook earned his DipCam PR having studied Media and Communications at City University, London. 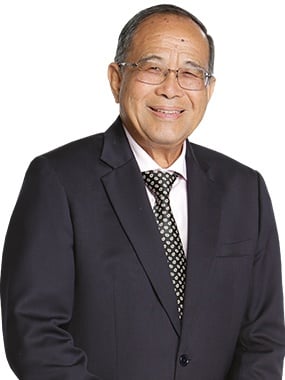 Dr Emil Q Javier is a Filipino agronomist with a broad understanding of developing country agriculture. He was the first and only developing country scientist to Chair the Technical Advisory Committee of the prestigious Consultative Group for International Agricultural Research (CGIAR), a global consortium led by the World Bank and the Food and Agriculture Organization of the United Nations (FAO). He was Director General of the Asian Vegetable Research and Development Center (AVRDC) based in Taiwan and has served as Chairman of the Board of International Rice Research Institute (IRRI), and as Chairman and Acting Director of the Southeast Asian Regional Center for Graduate Study and Research in Agriculture (SEARCA). In the Philippines at various periods, he had been President of the University of the Philippines, Minister for Science and Technology and President of the National Academy of Science and Technology, Philippines (NAST PHL). In May 2019, he was elected by his peers in NAST as a National Scientist, the highest honour conferred by the President of the Philippines to a Filipino in the field of science and technology. Dr Javier is an Independent Director of Del Monte Foods, Inc, DMPL’s US subsidiary, and of Del Monte Philippines, Inc, DMPL’s Philippine subsidiary, and is an Independent Director of Philippine-listed Centro Escolar University. He holds doctorate and master’s degrees in plant breeding and agronomy from Cornell University and University of Illinois at Urbana-Champaign, respectively. He completed his bachelor’s degree in agriculture at the University of the Philippines Los Baños. 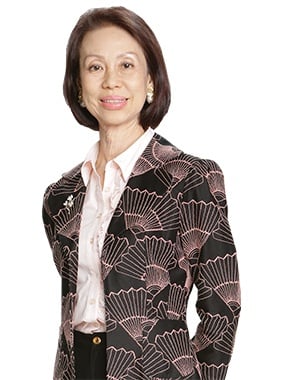 Mrs Yvonne Goh is a Director of UNLV Singapore Limited, the Singapore campus of the University of Nevada Las Vegas (UNLV), USA. Mrs Goh recently retired from the Board of EQUAL-ARK Singapore Ltd, a charity registered under the Charities Act and an Institution of a Public Character (IPC), assisting at-risk-kids and the elderly through equine-assisted learning and therapy, after completing 2 terms. ​Mrs Goh was recently appointed to the Board of the National Arthritis Foundation, a charity and an IPC devoted to helping Arthritis sufferers, educating patients and the public on Arthritis and supporting Arthritis research. She also serves on the Board of Del Monte Foods, Inc, DMPL's US subsidiary. Mrs Goh was previously Managing Director of the KCS Group in Singapore, a professional services organisation and Managing Director of Boardroom Limited, a company listed on the SGX. Mrs Goh had served on the Board of WWF Singapore Limited, the Singapore chapter of WWF International, a leading global NGO. She was a Council Member and Vice Chairman of the Singapore Institute of Directors as well as Chairman of its Professional Development Committee. Mrs Goh was also a Director of the Accounting and Corporate Regulatory Authority (ACRA) and a past Chairman of the Singapore Association of the Institute of Chartered Secretaries and Administrators. Mrs Goh is a Fellow of the Singapore Institute of Directors and a Fellow of the Institute of Chartered Secretaries and Administrators, UK.
Directorships in other listed companies, both current and in the past three years: None of DMPL’s Directors are Chairman in other listed companies.
MR JOSELITO D CAMPOS, JR
Managing Director and
Chief Executive Officer
Joined the DMPL Group on 16 March 2006 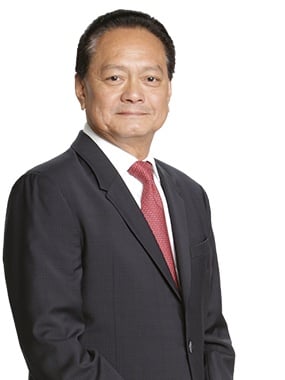 Mr Luis F Alejandro is the COO of DMPL and Del Monte Philippines, Inc, DMPL's Philippine subsidiary. He has over 30 years of experience in consumer product operations and management. He started his career with Procter & Gamble where he spent 15 years in brand management before joining Kraft Foods Philippines, Inc as President and General Manager. Later, he joined Southeast Asia Food, Inc and Heinz UFC Philippines, Inc, two leading consumer packaged condiment companies of the NutriAsia Group, as President and Chief Operating Officer. He then became President and Chief Operating Officer of ABS-CBN Broadcasting Corporation, a leading media conglomerate in the Philippines. Mr Alejandro is a Director of Del Monte Foods, Inc, DMPL’s US subsidiary. He is also a Director of FieldFresh Foods Private Ltd, a joint venture of DMPL with the Bharti Group of India. He holds a Bachelor’s degree in Economics from the Ateneo de Manila University and an MBA from the Asian Institute of Management. 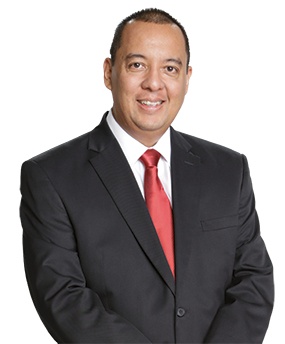 Mr Ignacio C O Sison is DMPL’s Chief Corporate Officer responsible for strategic planning, sustainability, risk management and investor relations. He is also the head of investor relations and sustainability of Del Monte Philippines, Inc, DMPL's Philippine subsidiary. He has been with DMPL since 1999 and was the group’s Chief Financial Officer for nine years. Mr Sison has 30 years of experience spanning corporate and strategic planning, financial planning, treasury, controllership, corporate sustainability, risk management and investor relations. Before joining Del Monte Pacific, he was CFO of Macondray and Company, Inc, then DMPL’s parent company, for three years. Among others, he also worked for Pepsi-Cola Products Philippines and SGV & Co, the largest audit firm in the Philippines. Mr Sison holds an MSc degree in Agricultural Economics from Oxford University; an MA, Major in Economics, from the International University of Japan; a BA in Economics, magna cum laude, from the University of the Philippines; and an International Baccalaureate from the Lester B Pearson United World College of the Pacific in Canada. In 2010, Mr Sison received the Best CFO award from the Singapore Corporate Awards. In recent years, DMPL’s sustainability initiatives were recognised through Mr Sison’s invitation to speak at the summits of the Philippines Climate Change Commission, the Global Reporting Initiative, The Asset and Financial Executives Institute of the Philippines. 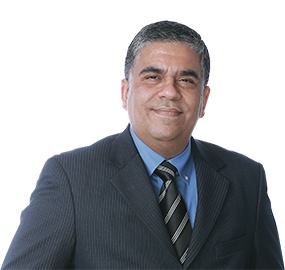 Mr Parag Sachdeva is the CFO of DMPL and Del Monte Philippines, Inc, DMPL's Philippine subsidiary. He is also COO of Del Monte Foods, Inc, DMPL's US subsidiary. Mr Sachdeva has 25 years of management and finance experience spanning planning and controllership, performance management, mergers and acquisitions, treasury, IT and human resources. Before joining DMPL, he was with Carlsberg Asia for more than a year and supported efficiency and effectiveness programmes across the Asian and African regions. Prior to Carlsberg, he was with HJ Heinz for 20 years and held leadership positions in Asia Pacific regions in finance, IT and human resources. Mr Sachdeva graduated from the Aligarh Muslim University in India, Major in Accounting and Commerce. He also has an MBA degree, Major in Finance from the same university. 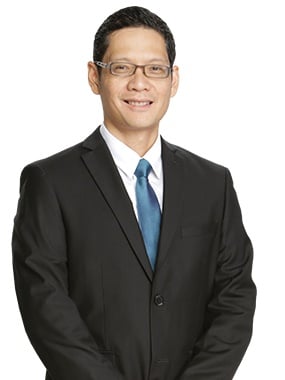 Mr Antonio E S Ungson is the Chief Legal Counsel, Chief Compliance Officer and Company Secretary of DMPL and Del Monte Philippines, Inc, DMPL's Philippine subsidiary. He is also Head of the Legal Department of DMPI since March 2007. Prior to joining the Group in 2006, Mr Antonio E S Ungson was a Senior Associate in SyCip Salazar Hernandez & Gatmaitan in Manila, where he served various clients for eight years in assignments consisting mainly of corporate and transactional work including mergers and acquisitions, securities and government infrastructure projects. He also performed litigation work and company secretarial services. Mr Ungson was a lecturer on Obligations and Contracts and Business Law at the Ateneo de Manila University Loyola School of Management. He obtained his MBA from Kellogg HKUST, his Bachelor of Laws from the University of the Philippines College of Law and his undergraduate degree in Economics, cum laude and with a Departmental award at the Ateneo de Manila University.

Mr Ruiz G Salazar is the Chief Human Resource Officer of DMPL and Del Monte Philippines, Inc, DMPL's Philippine subsidiary. He is a Human Resources and Organisation Development Leader with over 25 years of professional career focused on delivering strategic and effective solutions as a value-driven partner to business, most of which was spent with Johnson & Johnson (J&J). He was Regional Human Resources Director of J&J Asia Pacific, where he was responsible for talent management, organisation transformation, succession pipelining and capability development covering mostly J&J’s Consumer Division across the region. Prior to J&J, he was also Group Head – Human Resources and Organisation Development of NutriAsia Food, Inc. Mr Salazar completed the J&J’s Senior Management Program at the Asian Institute of Management in 1996, and the J&J’s Advanced Management Program at the University of California in 1995. He obtained his Bachelor of Arts degree (Major in Economics) from the University of Santo Tomas. 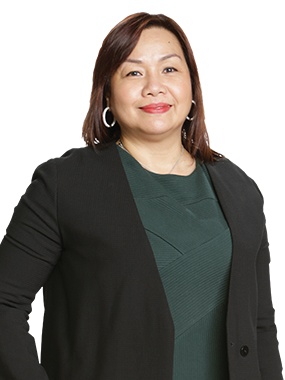 Ms Ma Bella B Javier has almost 40 years of experience in R&D from leading fast moving consumer goods in the food industry. She spent 20 years at Kraft Foods, with her last assignment as the Director for Asia Pacific Beverage Technology and Southeast Asia Development. In her present role, she heads the Consumer Product and Packaging Development and the Quality Assurance functions for the Group. She is driving the Technology Development roadmap for the Company, including plantation research programmes that impact consumer product development. She is a Certified Food Scientist from the Institute of Food Technologists, Chicago, Illinois, USA. Ms Javier is a Licensed Chemist with a Bachelor’s degree in Chemistry from the University of the Philippines (UP). She sits in the Board of Trustees of UP’s Chemistry Alumni Foundation. Ms Javier was accorded the 2015 UP Distinguished Alumni in the field of Science and Technology.


Contadina (only accessible in the Philippines)